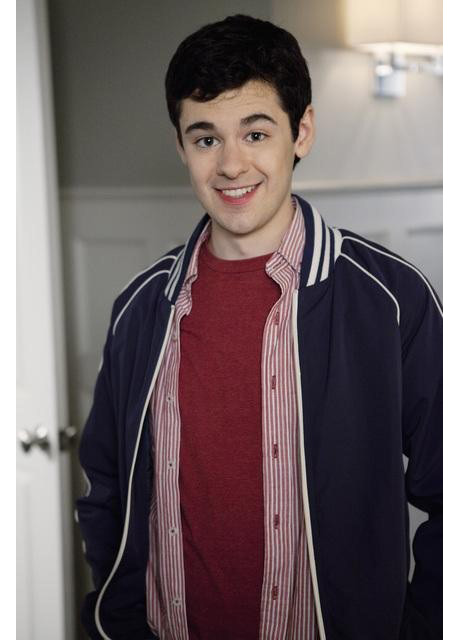 We’ve been known to complain about the size of the Pretty Little Liars cast of characters. This isn’t because we don’t like many of the faces that pop up in the Liars’ lives. It’s that it can be frustrating to get invested in a character’s storyline, only to have them disappear into the Rosewood abyss — possibly forever. Here are eight PLL supporting characters whose storylines have gone nowhere. At least for now.

Noel Kahn. Wherefore art thou, Noel Kahn? Your character was briefly relevant again at the end of Season 4 when we discovered you had been helping Alison in her life on the run and then again in Season 5 when Spencer threatened to cut your beautiful face with a fire stoker. But, then, nada. We still don’t know why Noel was helping Ali or how much he knows of the “A” game. Please don’t drop this plot line, PLL.

Lucas Gottesman. We miss Lucas. Back in Season 1, he was Hanna’s confidante and friend. More recently, he has been an unwitting “A” minion and a witting Mona helper. But where has he been since Mona’s apparent murder? Who knows? We really hope PLL addresses this plot before the time jump.

Sydney Driscoll. We haven’t hung out much with Sydney since Emily found out she was Jenna’s spy, but we hope we haven’t seen the last of her. Though we don’t begrudge Emily for dropping her as a friend, we kind of appreciate how Syd just came clean about her betrayal when she was confronted.

Jonny Raymond. Jonny is one character on this list we’ll be happy to never see again. The Hastings’ house guest and Spencer’s sometimes vandalism buddy was condescending, arrogant, and didn’t seem to have much concern for Spencer’s life. We hope he goes on a whisper machine-making tour and never comes back.

Alex Santiago. We’ve long since given up hope that Spencer’s first real PLL crush would ever return to our television screens, but that doesn’t mean we can’t be sad about it. Alex split with Spencer when “A” framed her for sending in an application for some fancy European tennis camp. It made sense at the time, OK? We’d really like to check in with the devilishly handsome country club instructor, but it’s probably best if he stays away from Team Liar. That guy sure did dodge a bullet.

Holden Strauss. We miss Holden! After acting as Aria’s beard for a half-season, Holden disappeared only to randomly re-appear in a Season 3 episode to inform Emily that the tattoo she had on her hand the night she couldn’t remember was from a nearby restaurant/bar. Such wasted potential. Holden’s martial arts skills would be handy to have around. We just hope that wherever Holden is, his heart condition hasn’t gotten the better of him yet.

Eddie Lamb. But, really, should we be worried about Nurse E. Lamb? Because, last time we checked, he had mysteriously disappeared. This seems like the kind of thing Spencer would have followed up on. Like, we know that she is busy with the “A” game and everything, but Nurse Eddie Lamb is the best.

Talia. We’re not sure what to think of Talia’s Season 5 storyline. She was fun to have around and everything, but felt like a bit of a placeholder for both the Paily and Emison relationships — especially given that she just disappeared from the story following some minor blackmailing of The Glass Slipper Pageant official. Will Talia be back? Or is this just another PLL minor character who has been forgotten?