Which Bachelors Have Said “I Love You” Before the Finale?

The Bachelor producers run a tight ship over in Bachelor Mansion. Maybe they're not strict about getting drunk, making out with tons of people, and having NSFW overnight dates, but when it comes to saying "I love you" before the season finale, that's a total no-no.

If the Bachelor preemptively drops the L-word to his future bride, viewers would find out who won before the finale — a total spoiler alert for fans. However, Ben Higgins did just that during Bachelor 2016 when he told not one, but two girls that he loved them.

Several of ABC's other front men have also broken the golden rule through the years, by telling their semi finalists (or just their finalist) that they're "falling in love." A pretty huge difference than Ben's "I love you" gate, but still a great way to slip in the L-word.

We've taken a look back at some of the recent Bachelors and determined whether they broke the Bachelor's golden rule. Scroll down to find out more!

Ben may have broken the "I love you" rule more than any Bachelor has in the history of the show. During the Fantasy Suites episode, the Bachelor told both Lauren Bushnell and JoJo Fletcher that he loved them...over and over again.

Did he say it? Yes! Well, sort of. During the Fantasy Suites (where ladies who didn't say "I love you" during hometowns typically take the plunge), Chris Soules told both Becca Tilley and Kaitlyn Bristowe that he was "falling in love" with them. Surprisingly, he didn't say this to Whitney Bischoff (though he said it during an interview), despite her being a clear favorite. It was great seeing Chris express his feels, but considering that he sent Kaitlyn home, we're thinking "falling in love" isn't the same as being in love.

Did he say it? Hahahahaha, no. Are you kidding? Juan Pablo couldn't even tell Nikki Ferrell that he loved her during the Bachelor season finale! In fact, when Chris asked Juan Pablo point-blank he said, "I'm not going to answer that question." Frankly, we're not sure he's even able to speak the words "I love you" without bursting into flames.

(Note: Juan Pablo did eventually declare his undying love for Nikki, but they broke up in October 2014, so clearly said love didn't last.)

Did he say it? Not so much. Sean Lowe was obviously head over heels for Catherine Giudici, but he abided by the unspoken rules of Bachelor Nation and opted not to tell her until popping the question. Sean expressed his feelings for Catherine throughout the show by saying "I'm crazy about you" (we're crazy about you, too, Sean), and even explained that he wasn't allowed to drop the L-bomb. "When you can't say 'I love you,' you have to come up with other things, and apparently the only thing I could come up with is, 'I'm crazy about you,'" he said.

Did he say it? Nope! Ben Flajnik declared his love for Courtney Robertson while popping the question, and boy was it worth the wait! This floppy haired wine man straight-up mused, "I've waited a really long time to tell you that I'm in love with you… I will love you forever" while Courtney giggled uncontrollably and accepted his ring. Sadly "forever" didn't last, and even more sadly, poor Lindzi Cox declared her love for Ben only to get the response, "That's good." Yikes. 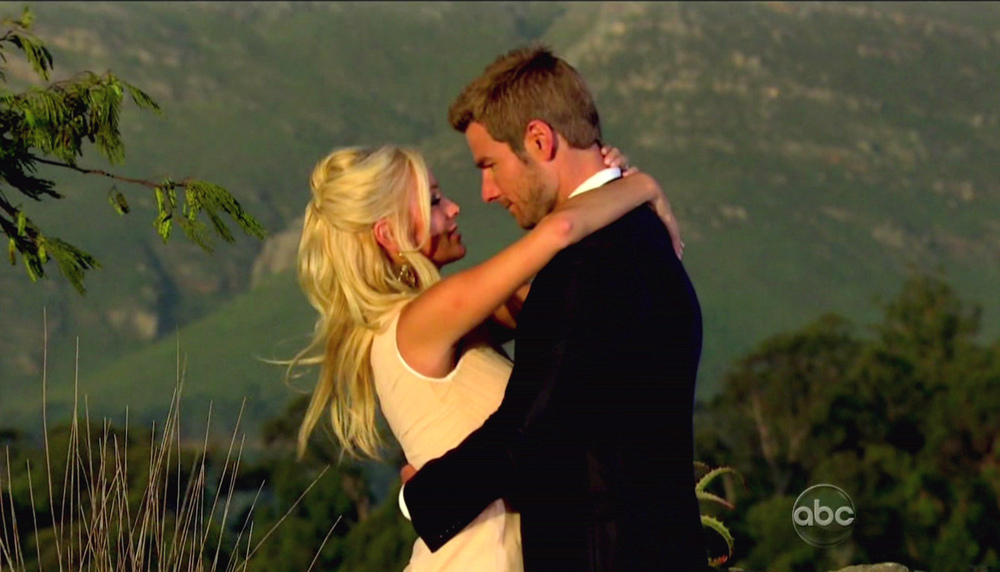 Did he say it? Yes! Brad Womack confessed his true feelings to Emily Maynard during their Fantasy Suite date, saying, “I’m falling in love with you too," when she confessed her feels. "I’m not going to sit here and listen to that and not say anything back," Brad gushed. "It makes me the happiest guy in the world to hear you say the same thing.” Sure, falling in love isn't the same as being in love (we learned that from Chris Soules), but Brad ended up giving Em his final rose. The two broke up in 2011. 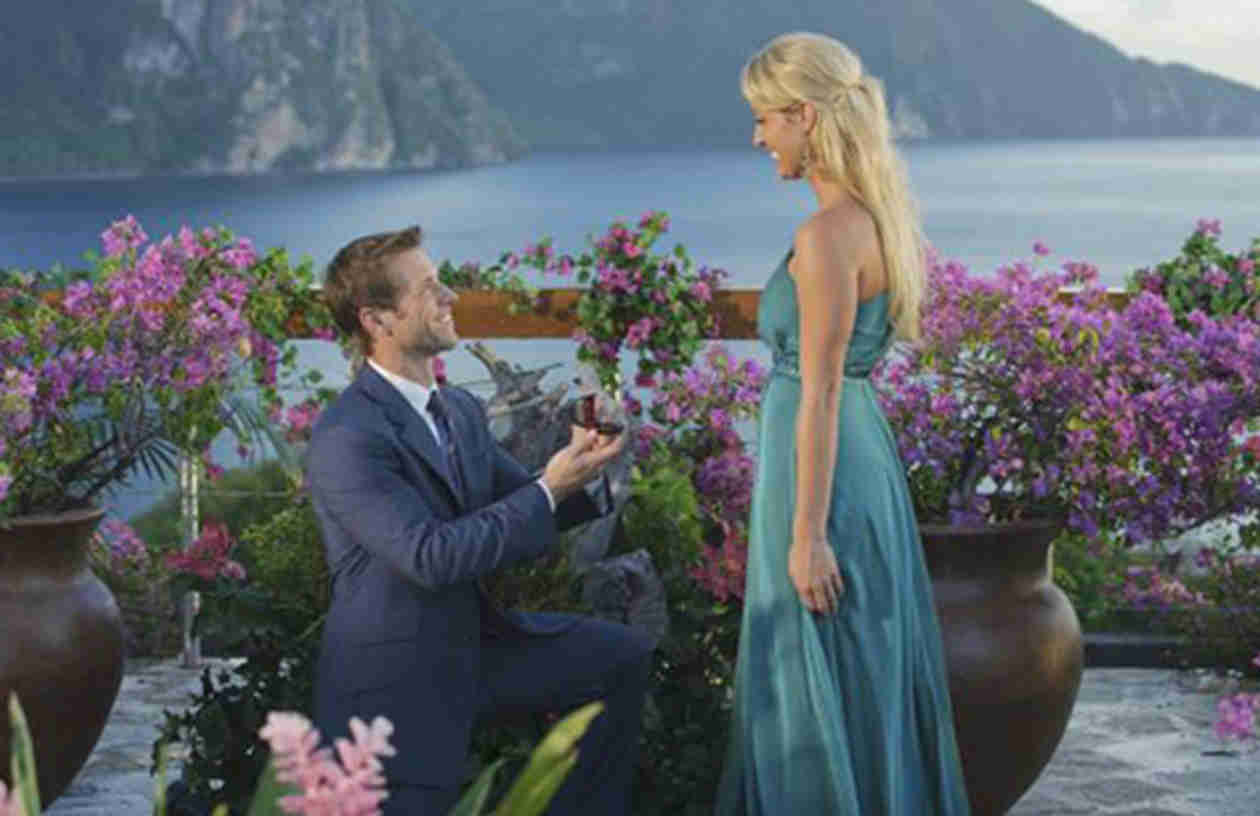 Did he say it? Nay. Let's be real: Jake Pavelka and Vienna Girardi's relationship was a complete and utter disaster. So it's no surprise that Jake didn't say "I love you" until he absolutely had to during the finale rose ceremony. "I love you," Jake crooned while he popped the question. "Vienna, will you accept this final rose?" Sigh, if only she could go back in time and say no.