Brandi Glanville: I Was Fired From ‘RHOBH’ For Telling Andy Cohen to F—k Off” (VIDEO)

We always knew there was more to Brandi Glanville’s Real Housewives of Beverly Hills exit!

When Brandi first announced she was leaving the Bravo show back in June, she didn’t clarify if she was fired or leaving of her own accord.

But on this week’s premiere of Kocktails With Khloe, the former model finally set the record straight.

“They didn’t ask me back full-time,” Brandi said, in response to Khloe Kardashian’s question on whether she was let go from the show. “I was really counting on the paycheck as a single mom.”

When asked to explain the reasoning behind her firing (or downgrading? It’s unclear), the mother of two held one person in particular responsible: RHOBH exec producer and Watch What Happens Live host Andy Cohen.

“Well, I did tell Andy Cohen to ‘f—k off,’” the 43-year-old admitted. “Not only on TV and via text and via email and via Twitter.” 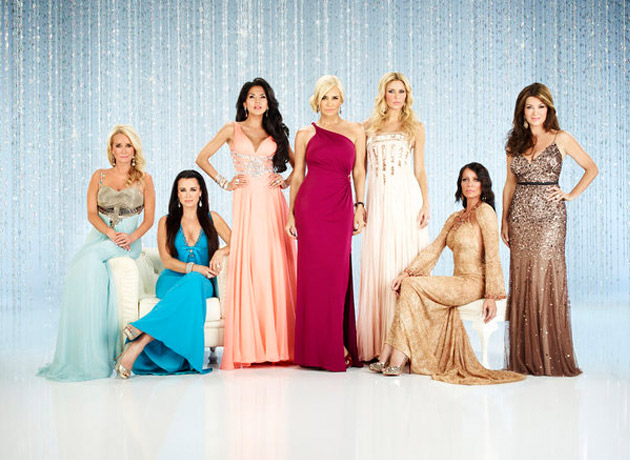 Brandi was quick to reason why she felt the need to lash out at the powers that be, saying she would often “take one for the team” in regards to drama, and never got her due for that.

“People were coming for me," she stated. "I'm like, 'You know what? We have no story and you guys are boring. I'm going to be a dick right now.’”

She continued bitterly, “I literally was the only one there that needed the paycheck. They were already rich to begin with.”

But while Brandi’s name might be a four-letter-word in the Bravo Clubhouse these days, at least she’s got a fan in Snoop Dogg!

“They took your personality, and they engulfed that in every other Housewives show that existed after you," the rapper said. "There was something you were doing right."