Bruno Mars is in legal hot water — and you won't believe why.

PHOTOS: The Rock, Bruno Mars, and 11 Other Racially Ambiguous Celebrities

The superstar singer, along with Mark Ronson (who technically released the song) are being sued for allegedly stealing their biggest hit, "Uptown Funk," from another musician. 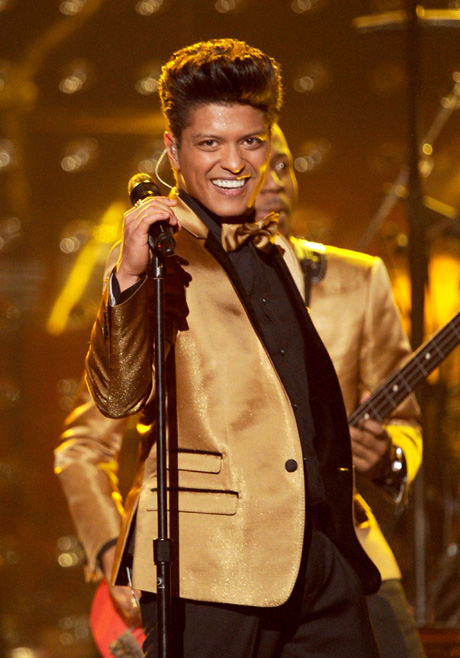 The '80s band Collage, of which just one member, Larry White, remains alive, alleges that the duo stole the melody, rhythm, and structure from their 1983 single, "Young Girls."

The band's reps want financial compensation for what they believe was their influence on the song, which reportedly makes $100,000 a week from Spotify streaming alone.

After listening to the song... we're not so sure Collage has a case. The genre of music is similar, and maybe part of a riff, but that's about it.

FEATURE: Bruno Mars: 5 Things You Didn’t Know About the Superstar

Maybe the band confused "Uptown Funk" with Bruno's earlier solo hit, "Young Girls?" That one was does share the same title, after all!

This actually isn't the first time the 31-year-old has been accused of stealing "Uptown Funk" either.

NEWS: New Music From Kesha Is Coming Amid Legal Battle

Earlier this year, '70s girl group The Sequence claimed the song ripped off their 1979 single "Funk You Up," though they didn't bring a lawsuit. The two songs do have very similar choruses.

What do you think? Did Bruno Mars and Mark Ronson steal "Uptown Funk" from Collage? How about from The Sequence?

Sound off in the comments below!