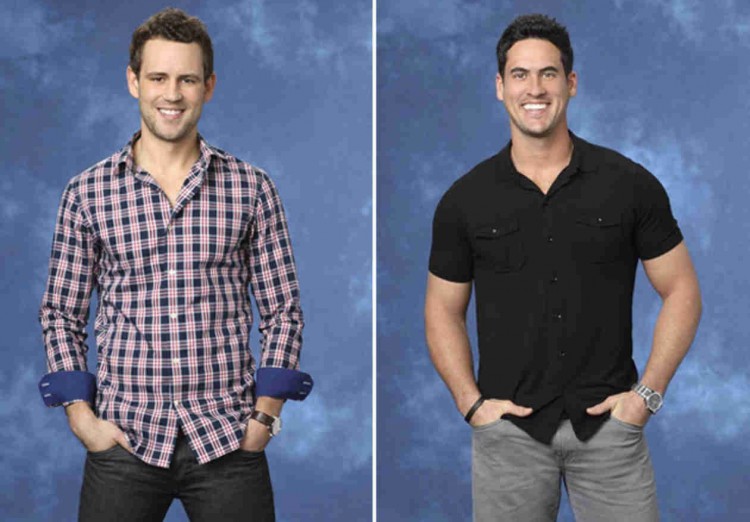 Nick Viall, Josh Murray Get Bromantic in Las Vegas — What?!

There are lots of ways to describe the relationship between The Bachelorette’s Nick Viall and Josh Murray — "tense" would usually be the first one that comes to mind — but “bromantic” would be the last word on our list.

Yet somehow the former enemies, who were both vying for Andi Dorfman's heart on Bachelorette 2014, were spotted palling around at the iHeartRadio Music Festival in Las Vegas.

The reality show alums were so serious about proving their feud was dunzo, they both shared photos of themselves bro-ing out on Instagram.

VIDEO: ‘Bachelorette’ Exes Nick Viall and Andi Dorfman Have a Run-In at NYFW

In Nick’s pic, both he and Josh are trying to mean mug while fellow contestant Marquel Martin smiles wide enough for all three of them. “Ugh... I missed you @marquel_martin,” Nick wrote. “Whatever @joshmurray11.”

Ugh... I missed you @marquel_martin. Whatever @joshmurray11 #bromance #humor #jokes

But don’t take his shady comments to heart! The newly-minted model, 34, also made a point of adding the hashtags, “#bromance #humor #jokes.”

NEWS: Kaitlyn Bristowe and Shawn Booth Are Moving to Nashville

Josh, 31, also used the “humor” hashtag on his happy-looking shot of the two guys. His seemingly non-serious caption was “#MediaObligations,” with the most exasperated emoji face known to man.

It looks like music really can bring everyone together. Maybe Bravo should get Cynthia Bailey and Porsha Williams two tickets to Sin City ASAP!