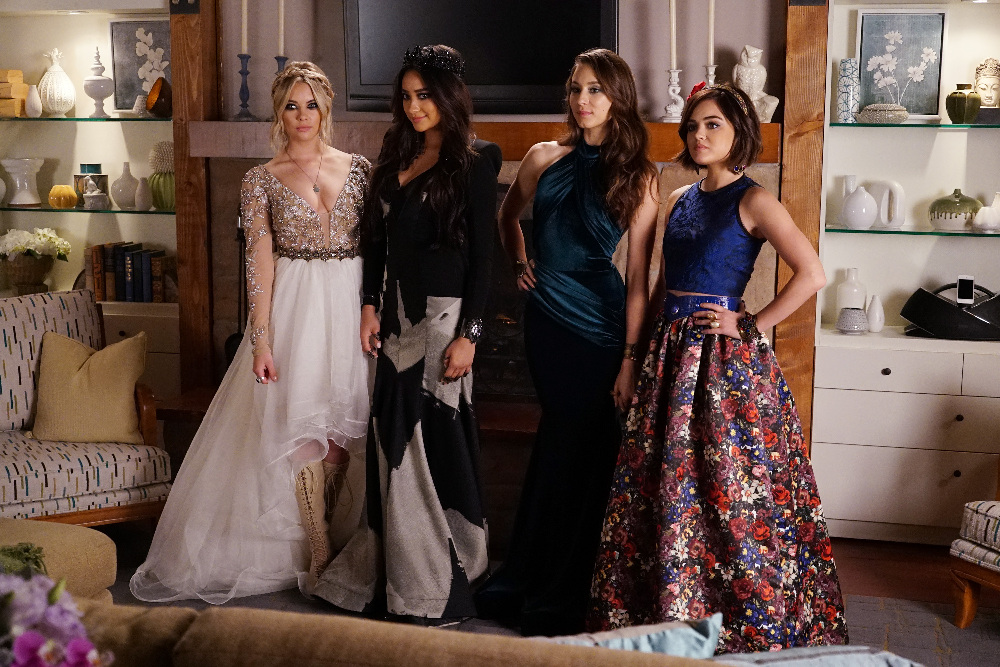 The Great "A" Reveal of 2015 is almost here, and each episode of Pretty Little Liars Season 6 is more suspenseful than the last. These new promo photos for Season 6, Episode 9 ("Last Dance") suggest the season's penultimate episode will be more fraught with danger than ever as the Liars head to prom, where they just might meet "A" face-to-face.

The Liars are bringing their fashion a-game as they celebrate this end of high school tradition, but unfortunately it looks like "A"' is bringing games, too. These promo photos even feature a rare glimpse of the hooded baddie lurking in the shadows. We already have chills.

Check out the promo photos in the gallery above!

Want more deets about the episode? Here's what the official synopsis has to say:

"It is prom time at Rosewood High, except for Alison, Aria, Emily, Hanna and Spencer who have been banned due to "security" concerns. As the girls see this as the final humiliating blow to their high school careers, the girls' mothers try to make the best of a bad situation by offering a home prom in Spencer's barn. At first reluctant, the PLLs agree and try to make the best out of a bad situation. But one to never miss a formal, Charles has other plans in store to make this a night they will never forget.

Meanwhile, Veronica, Pam, Ashley and Ella use prom night to touch base on everything that has happened to their daughters."