Who Is Jesse Williams’s Wife? 5 Things to Know About Aryn Drake-Lee

In case you missed the big news, Grey's Anatomy hunk Jesse Williams got a huge honor at the 2016 BET Awards, where he took home the coveted Humanitarian Award.

In his acceptance speech, Jesse called for freedom and equality for the black community... and of course thanked his wife of four years, Aryn Drake-Lee. But the award totally wasn't about his romantic life, right?

Jesse and Aryn are pretty quiet about their private life, so we're sure you're wondering about the lucky lady who got one of Grey Sloan Memorial's Most Eligible to put a ring on it. Here's five fun facts about Jesse's wife — with whom he shares two children, Sadie and Maceo — so you can get to know her a little better:

1. She's a real estate broker. Many Grey's Anatomy stars eschew romance with other entertainers in favor of people with more "normal" jobs, and Jesse is no exception.

3. She and Jesse dated for over five years before getting married in 2012. Another sign this relationship was meant to last: they've already been together for a long time! 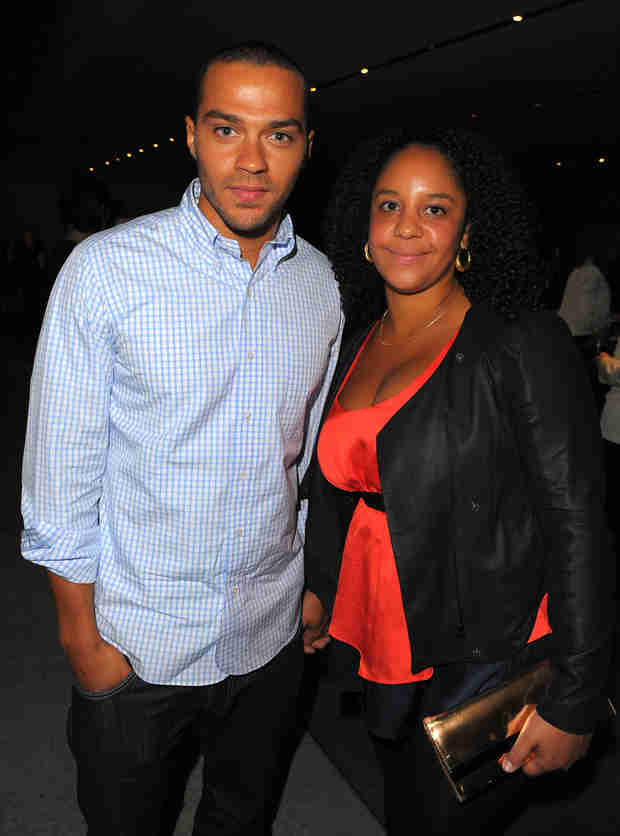 4. She's confident and independent. Jesse Williams explained to People why he admires Aryn: "She is her own person. Being intelligent and self-made is a big deal for me."

PHOTOS: The Grey's Anatomy Cast and All Their Kids

In conclusion, it sounds like she's pretty darned awesome and Jesse clearly adores her!

Grey’s Anatomy returns for Season 13 this fall on ABC.

Check out more of Wetpaint’s coverage of Grey’s Anatomy below:
Ellen Pompeo Open to Meredith-Alex Romance
How Much Does the Grey’s Anatomy Cast Make?
Meredith Grey’s Injuries, Heartbreaks, and Tragedies: The Full List
Which Grey's Stars are Back for Season 13?
Grey’s Anatomy Season 12: Can You Match the Middle Name to the Actor?