Is Wren Kingston Back on ‘Pretty Little Liars’?

Wren Kingston is one of the MIA Pretty Little Liars characters we'd most like to see back, ASAP. Not only is the mysterious Brit super cute, but we still have about a billion questions to ask him.

NEWS: What Did Maddie Ziegler Think of the Big PLL "A" Reveal? — Exclusive

Fortunately, actor Julian Morris has made it clear he's more than happy to return to the show that helped launch his career — and, like us, he's not entirely convinced his character is on the up and up! 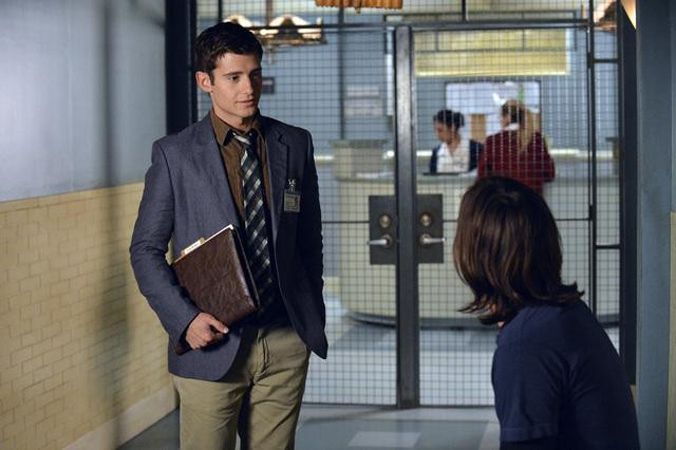 Despite being hard at work as a star on Amazon's new show Hand of God, Julian recently told MTV he's willing to make time for our fave teen murder mystery: "I’ve promised [showrunner] Marlene [King] that I will return at some point in the season to resolve my character ... As long as she’s still up for that, I will come back in some capacity."

NEWS: Is This PLL Spoiler Photo an Ezria Clue?

Julian wants to see some resolution in Wren's ambiguously romantic relationship with Spencer, but we're more interested in knowing if he ever had a hand in the "A" game. After all, before the big reveAl, Wren was one of our top suspects for a reason. He's so shady, he can't possibly just be a nice guy with a taste for slightly age-inappropriate women, right?

Well, as Julian himself points out, there's still the mysterious "him" the Liars were running from in the summer finale. That new baddy could totally be Wren.

What Happens in the PLL Season 6 Winter Episodes?